This is the last post about Myanmar.
You have probably enjoyed the portraits and the landscapes. Now it’s time to explore some of the traditions and scenes of day to day life in this amazing country.

Sports and games in Myanmar

Chinlone or Caneball is also called kung-fu soccer and it’s the sports number one in Myanmar.

This sport has been present in Myanmar society during the last 1500 years.

What I like the most is that it can be practiced anywhere and it’s an inter-generational sport. Many times you can find teenagers playing together with elder people.

This is a traditional game where some brave volunteers have to climb a slippery trunk. The first person in reaching the small red flag wins.

This is a race exclusively for women who run while carrying a clay jar on their heads.

In the right picture, you can see my friend Aung supporting a woman during the race and being part of the organization team. 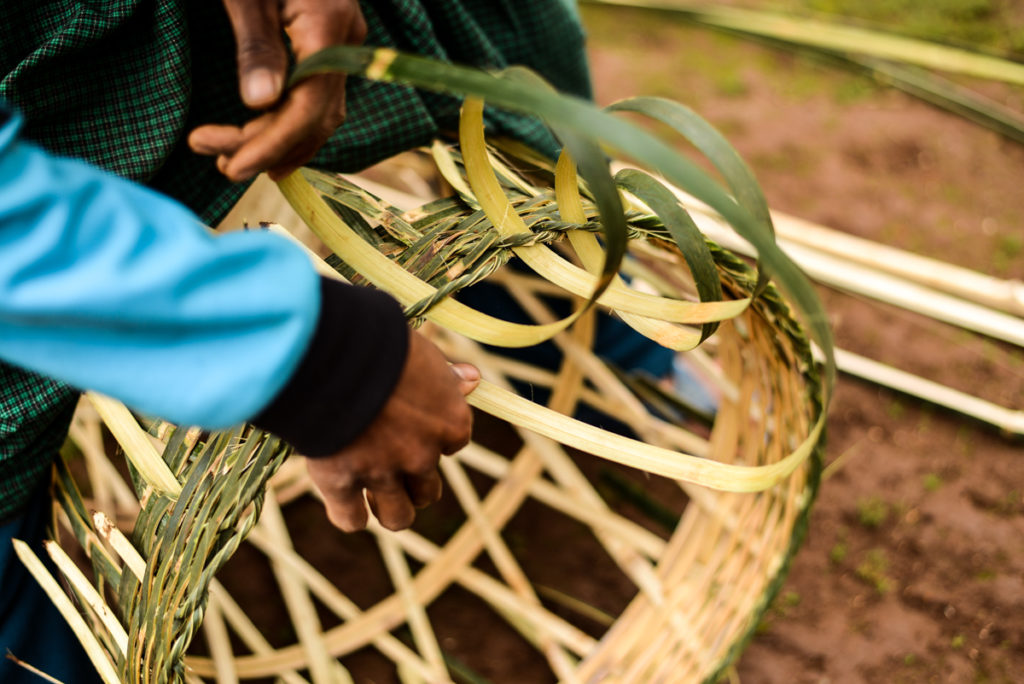 Bamboo is everywhere in Myanmar.
It’s not something exclusive for this country as this grass is widely used in Asia, but I didn’t find so many skilled people who work with bamboo in any other place.
Bamboo is used to make carpets, house walls, bridges, fences, floors, ceilings, baskets, beds, scaffolding, bags, jars, among many others. 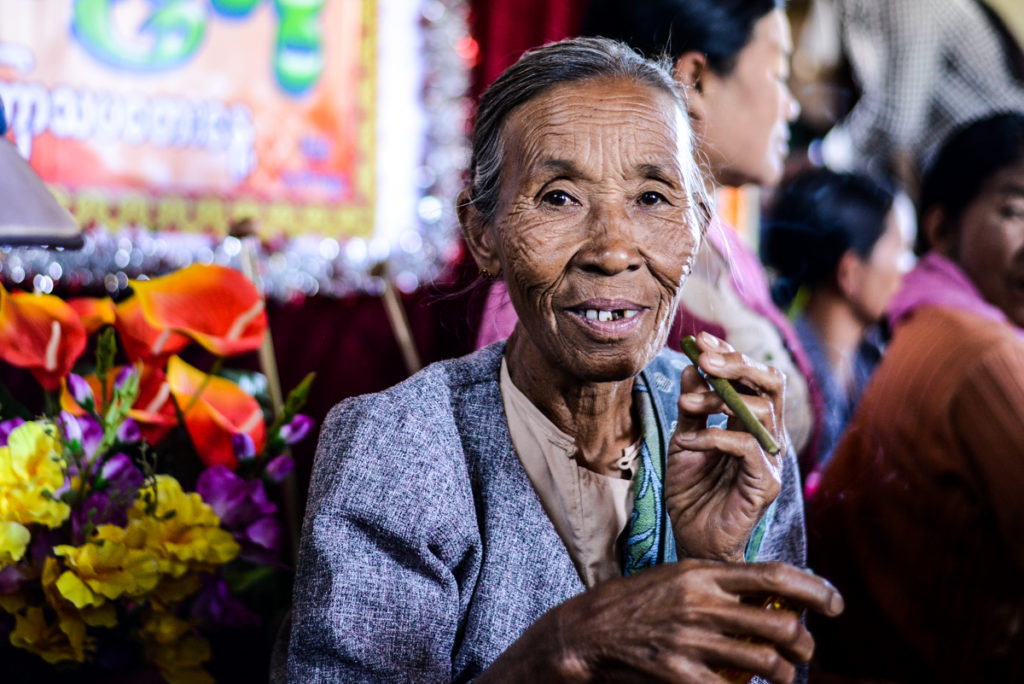 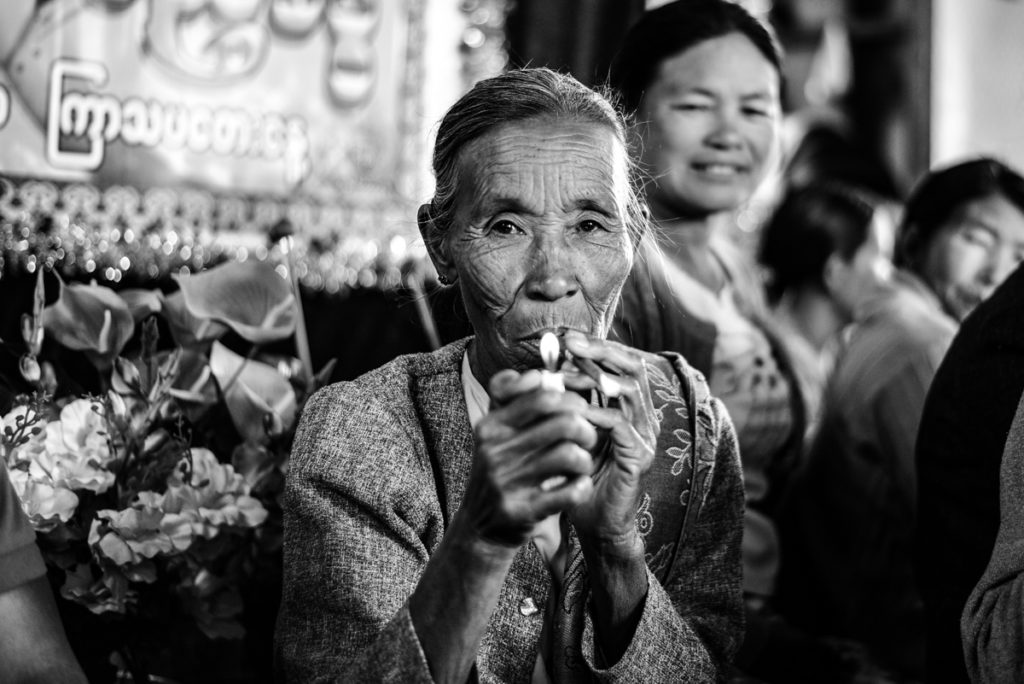 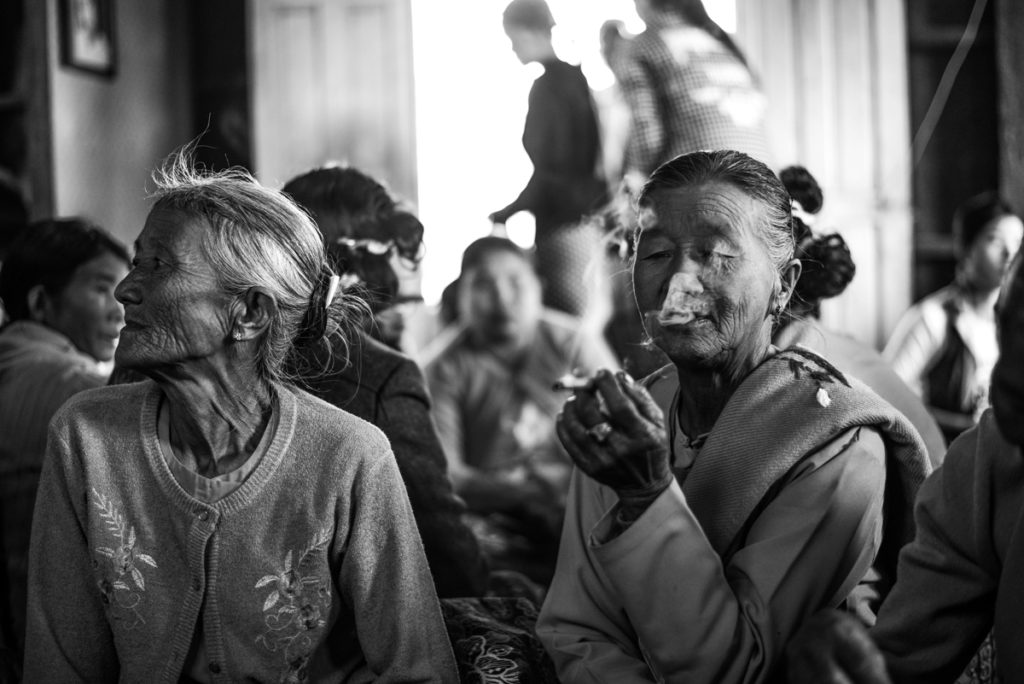 The role of the women in Myanmar is quite interesting.
They participate in the important decisions to be made in their communities and they also play an important role in their households.
They enjoy a high level of freedom.

These pictures were taken at a wedding and I loved the attitude of the elder women showed while smoking cigars. It made me think about my trip to Cuba some years ago 🙂 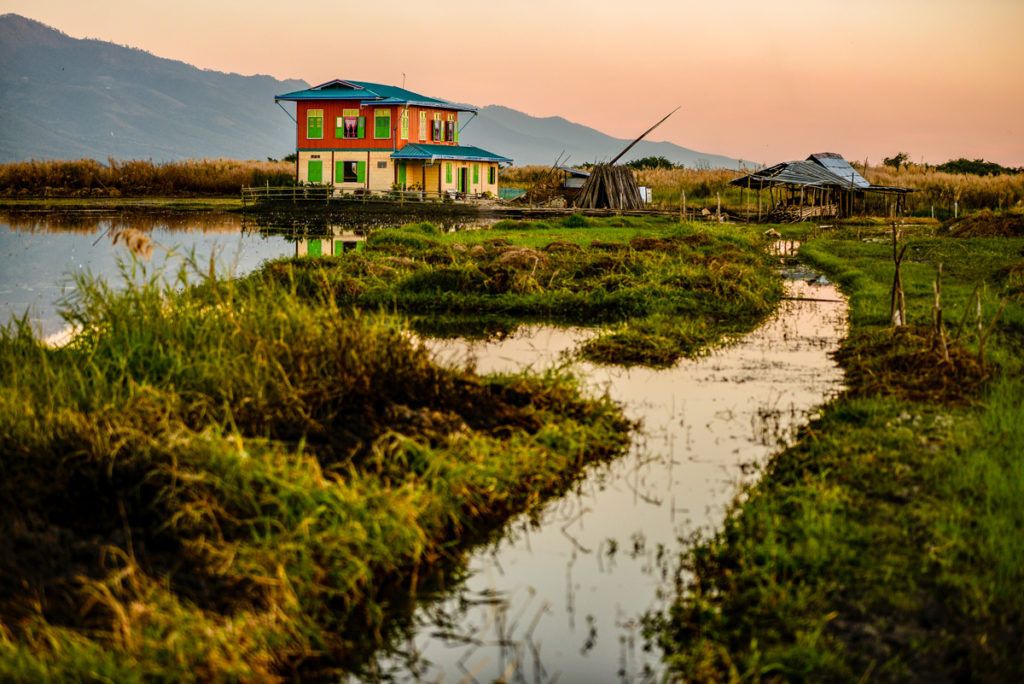 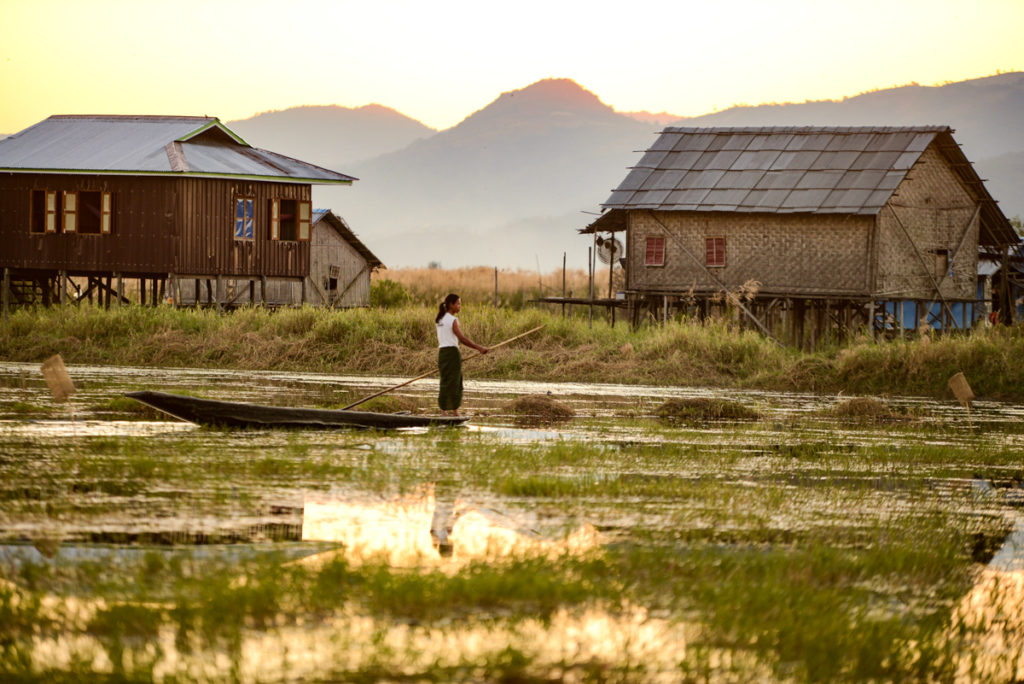 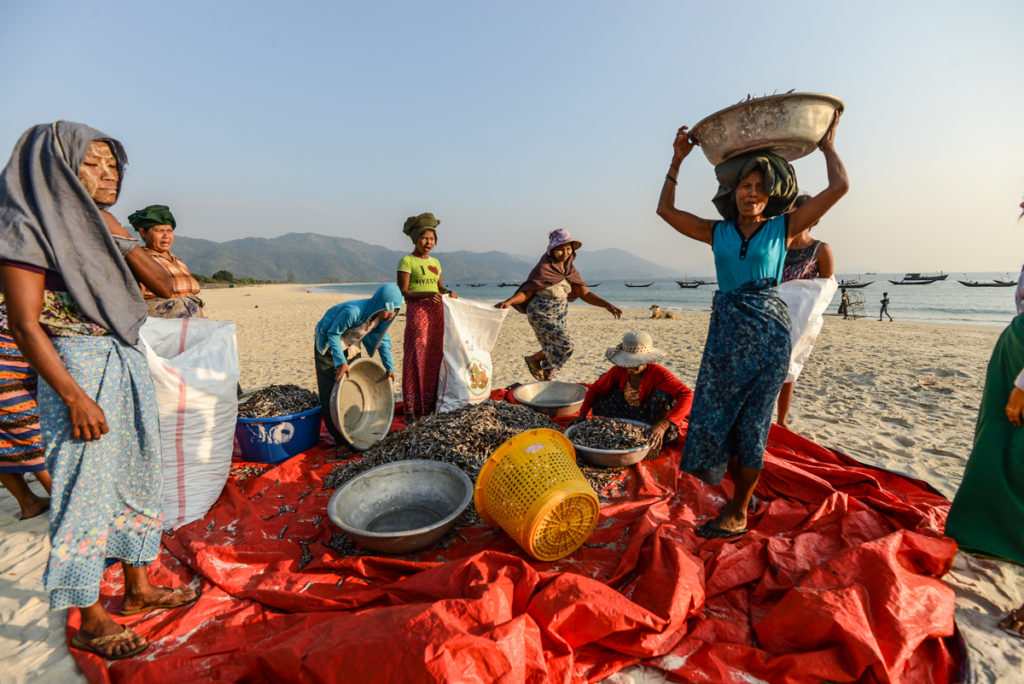 Fishing is an important activity on the coast of the country but also in the Inle Lake area.
Many Burmeses based their economies on this activity. Their skills to ship the small boats are well-known.

The most extended way to conserve the fish is by drying it under the sun in large beds. 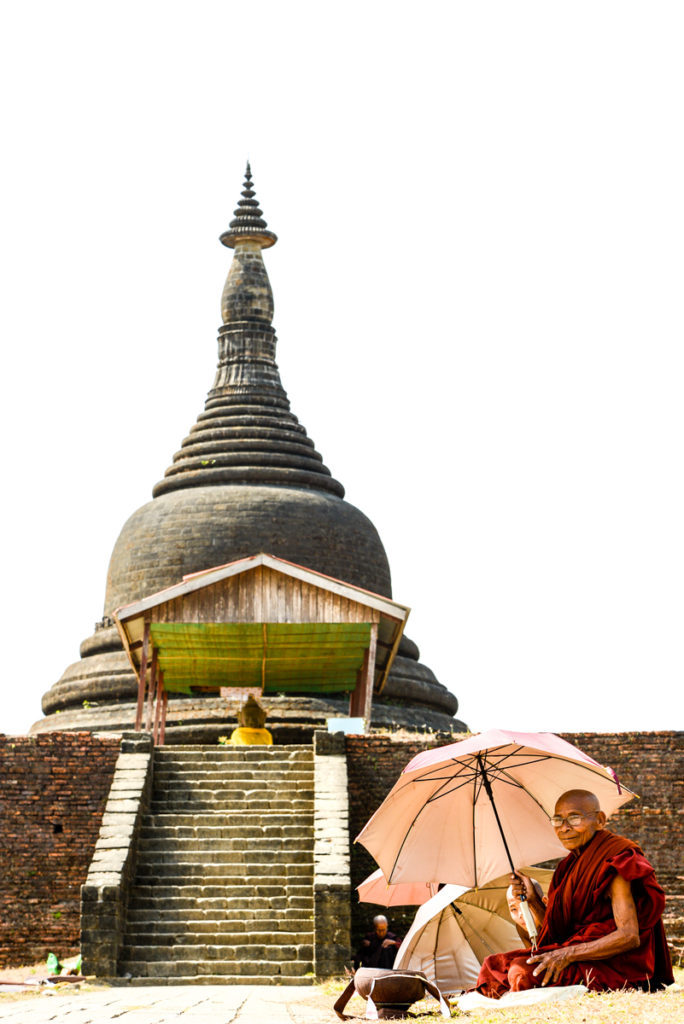 Religion is one of the pillars in Myanmar society. Almost 90% of the population is Buddhist and in every corner, in any street of any village or city, you can feel it.
Pagodas are everywhere and the monks can be spotted especially in the morning receiving donations of food in their bowls.

The country is also called the “golden land” due to the big quantity of gold that covers many pagodas and sacred places.
It’s beautiful to see many of these buildings at the summit of the mountains.

At the end, they are part of the landscape.

Religion is also a sad topic in Myanmar as the conflict with the Rohingya, on the Bangladesh border, is not over. Mosques are closed in many villages and cities. 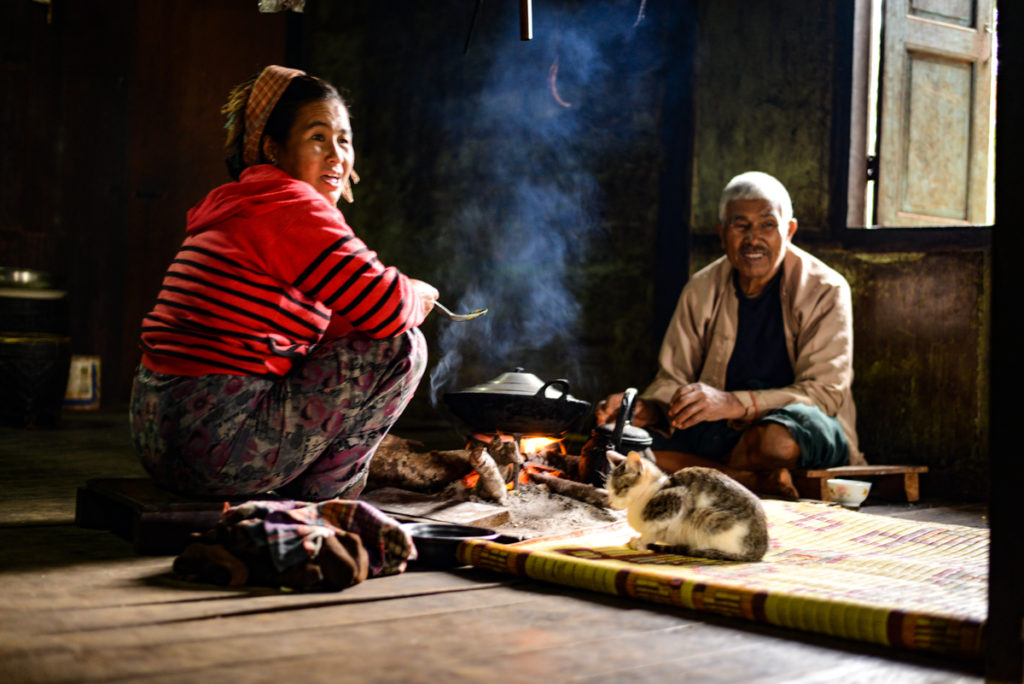 Life in Myanmar is quite simple and it’s probably the secret to a happy life.

As in other Asian countries, families are composed of inter-generational members, like grandfathers and grandchildren living in the same house. Housework is shared between the members, for example collecting water from the river in big jars.

Myanmar has a rich musical and dance tradition. I was surprised at finding out that the dance is a sort of martial art similar to capoeira in Brazil.

I wrote about the diversity of ethnic groups in previous posts, this can be seen in the different clothes worn by the people (picture at the right). 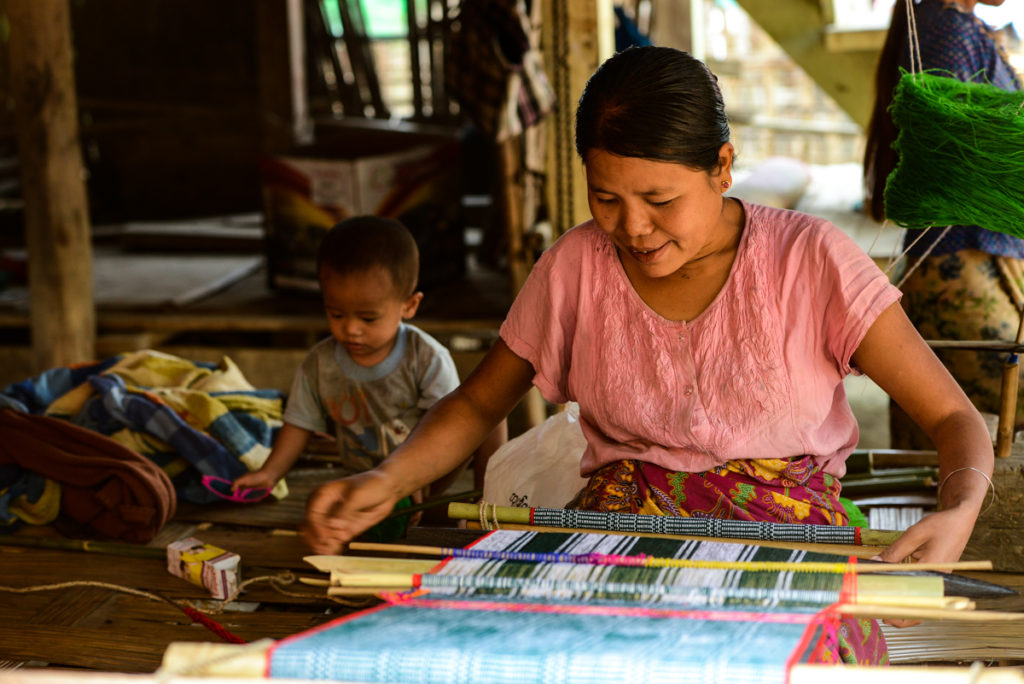 In some villages, the fabrication of carpets, bags, scarfs and other clothes to be sold to the tourist is essential to get some money.
Mothers have to work and look after their children at the same time quite often, however, they have always a smile. 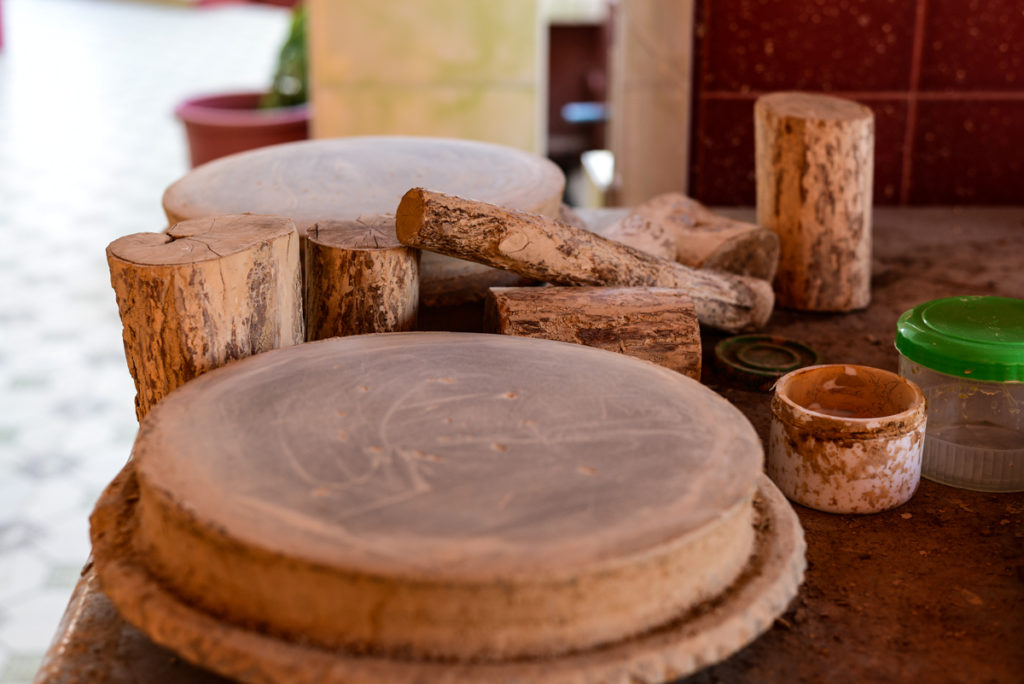 Thanaka is a wood powder used across the country by both women and men mainly on their faces.
It’s a sort of cosmetic practice.
In fact, it’s a distinctive feature of the culture of the country.

It seems that the powder helps to protect the skin from sunburn, makes the skin smoother and reduce acne. 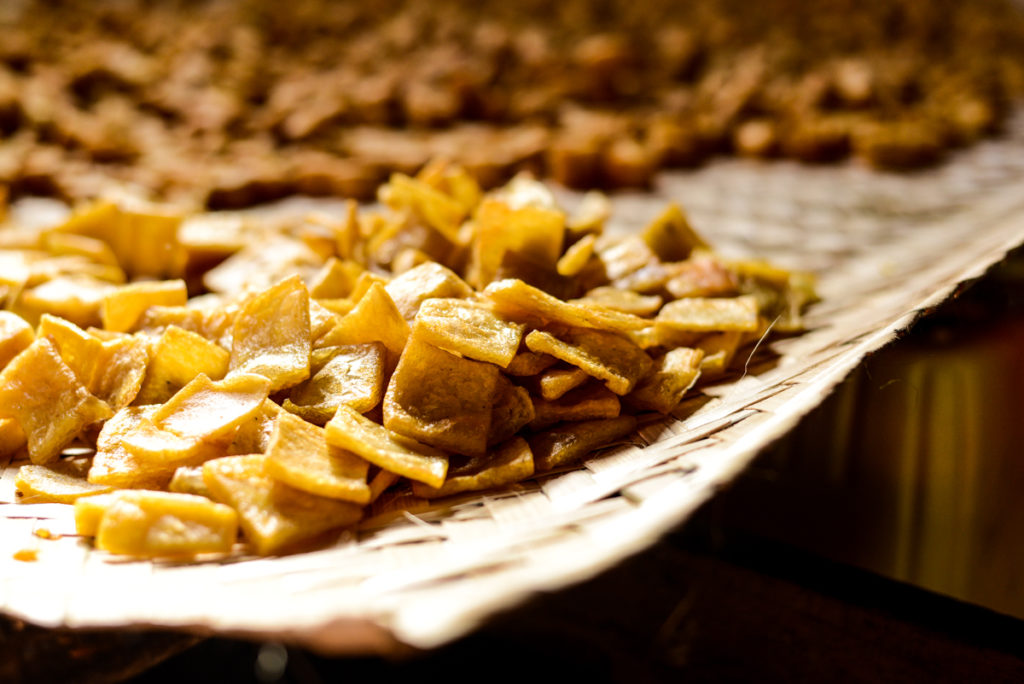 In Myinmahti I was lucky to participate in the fabrication process of tofu.

Actually, the tofu from this village is well known in the region.

Tofu is prepared using a wood kitchen and banana leaves.
The picture of the hands shows ginger that is cut and added to the mix. 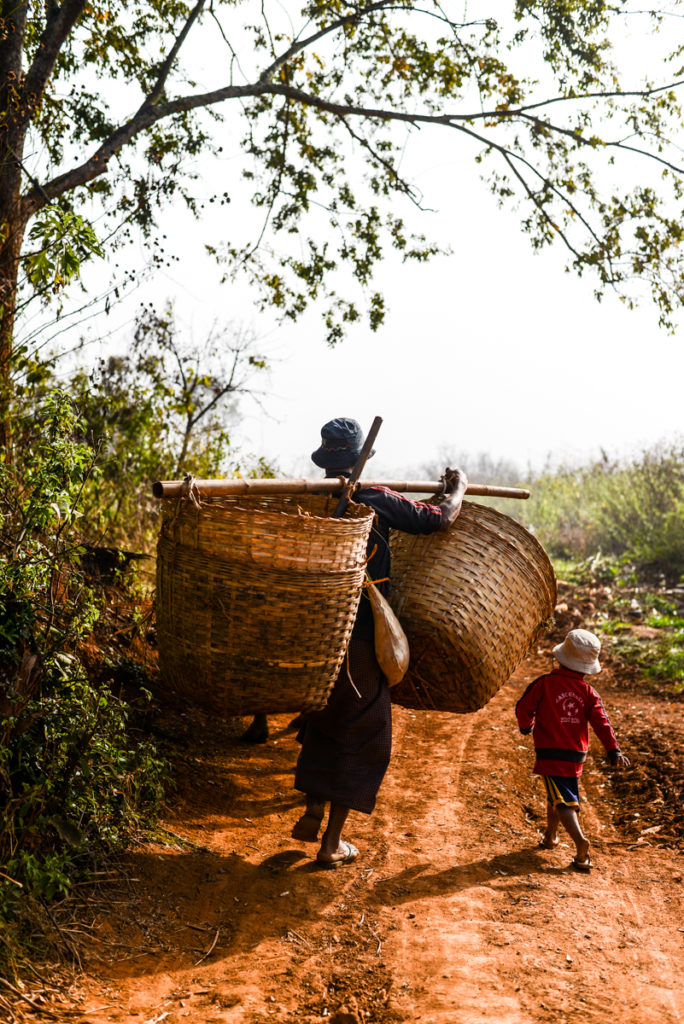 And last but not least, agriculture continues being the main industry in the country accounting for 60% of the GDP.

During my trip, I saw a lot of rice fields, ginger (with my friends from Golden Ground), sugarcane and groundnuts.

Unfortunately, they continue using the technique called Slash-and-burn with so many negative effects to the environment.

The water buffalo remains one of the best friends of any farmer and they can reach huge dimensions!

It’s a long post! My respect if you have reached this point! 😀
Now you just need to leave a comment about your impressions below 😉 Thanks! 🙂